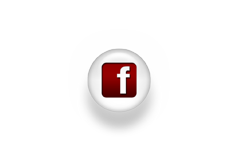 This jQuery slider was created with the free EasyRotator for WordPress plugin from DWUser.com. In late 1959 Mike Florance, having been a member of a fraternity of golfers who met and played once a month, they called themselves NUMIC or Follow the Sun as the majority of the players were employed in the mining industry. Mike Florance with the approval of his fellow players formed a golfing club based on the concept under which they were already playing which was to be known as NOMADS as the club would not have any actual club premises but would approach various golf clubs requesting the use of their facilities to play their monthly games.

In April 1960 the Nomads club was established.

Mike Florance wrote the constitution and the rules of play for the club. The scoring system to be adopted for the monthly games was to be medal stableford. This method of scoring requires the player to play the course excluding ones official handicap. The points scores being as follows:- Eagle 4 points, Birdie 3 points, Par 2 points and one over 1 point if unable to score the player should pick up his ball. When the round was complete the points scored are tallied and the players handicap is added or subtracted to arrive at ones total. The club was named Transvaal Nomads the playing colours of white shirt and red trousers and later was changed to be a red shirt with black trousers. There were 106 founder members at its inception. The first game was scheduled to be played at Irene but was unfortunately washed out as was the second game to be played at Parkview.

The concept of the Nomads spread down to Natal and under the sponsorship of the Transvaal club the Natal Nomads club was established in 1963. Because of the rivalry between the two provinces an annual tournament was conceived called the Langham-Edward trophy. This tournament was to be played in Durban on the first weekend of July, coinciding with the Durban July. This was to ease the necessity of the gamblers making two trips to Durban.

Subsequently 10 more clubs have been established in South Africa and internationally, three clubs in Zimbabwe and, clubs in Botswana, New Zealand, Australia, Swaziland, Zambia and the United Kingdom.